Evolution vs Creationism is a pretty hot topic. When we look at it from a scientific point of view then one who is honest with themselves have to consider the other sides point of view. I think the the satisfactory answers are few and far between when it comes to the big questions. How we got here is one of those big questions. Never the less we are here and our curiosity rages wild in many respects regarding this subject. To an atheist the evolution theory is the only game in town so they have to defend it both tooth and nail. To one who believes that God did it all then they tend to go toward the other extreme. I rarely find anything that is so cut and dry or black and white if you will.

So our origins become a political battle more than a scientific one. According to the Wikipedia this debates rages most publicly in the United States.  If you look at the title Creation-evolution controversy you will see what I mean. They also claim the Evolution is an undisputed fact yet, is that not a little presumptions when there are several different types of evolution. Evolution is a fact  when it comes to plant and animal life yet even within this structure there are many things that have to be imagined. If it is imagined then it is not a scientific fact.  For something to be a scientific fact it has to be observed repeatedly. No doubt there are many evolutionary scientific facts that have been observed and repeated many times.

Here are some examples. Escherichia coli – This is a study that has been going on since 1998 is where the 12 populations generated hundreds of millions of mutations over the first 20 thousand generations.  In the end all 12 populations showed an increase in cell size and a more rounded cell shape. In another study the Italian wall lizard was taken from the island of Kopiste and transported 3.5km east to the island of Mrcara. In the 1990’s scientist returned to the island and found that the limbs had grown longer and there were changes in foraging styles.

So how does this affect the origins? Well one would have to leave it up to the imagination would they not? In the end the ecoli was still ecoli and the lizards were still lizards. 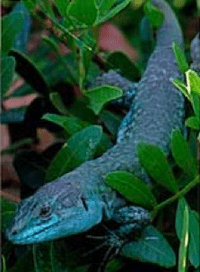 Other types of Evolution

6. Micro-evolution – observed or repeated or tested